Christians slaughtered in the streets of Egypt 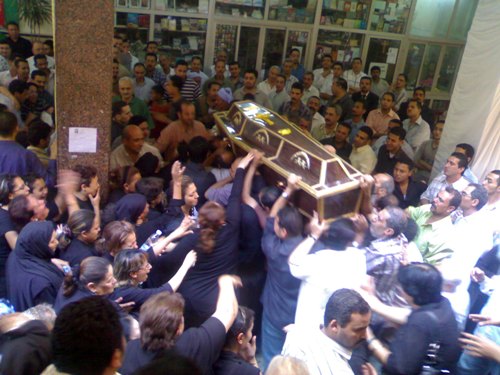 It is time to override the voice of right intimidate thousands of years ago. There are in Egypt, especially in Almunufia located in the middle of the Nile Delta, which is located in the north, marching hundreds of Christians in the Church of St. George Center Bagour El Munufi after slaughter the Christian, Abdu Georgi by Muslim passenger on a motorcycle in broad daylight and in front of everyone. Massacre did not end after the offender has moved to somewhere else and then a second appeal against Christian and then, a third one. We do not need to kill hundreds or thousands of Christians so that we call it a massacre; they leave the murder without being arrested. Thus, this insecure situation put Egypt likes a State that does not safe for life. However, what draws attention is that the reaction of the brave and courageous Christians who camped in the church. They declare this act to the international community and human rights organizations that there are rights lost and must be recovered and the simplest right is the life safe.