They claim moves by the country's Interior Ministry to arrest those who eat and drink in public during daytime fasting hours of the Islamic holy month are unconstitutional. The group Copts for Egypt has instituted a campaign called "Save the Homeland" to oppose the arrests, al-Arabiya reported Wednesday. 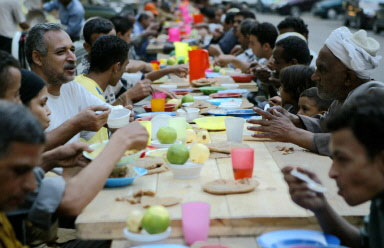 "We issued a statement to the minister of interior calling upon him to investigate the arrests and put those in charge on trial," the group's spokesman, Samuel al-Ashay, told the newspaper. "They violated personal freedom and will end up creating another Taliban in Egypt."

Another human rights group, the Arab Network for Human Rights Information, also blasted the Ramadan arrests. Its leader, Gamal Eid, told al-Arabiya, "There is no law that prohibits eating or drinking during the day in Ramadan. Every citizen has the right to eat and drink in Ramadan without being harassed. This means that the government is implicitly endorsing turning Egypt into a religious state."

Eid blamed the crackdown on the religious fanaticism of police officers, claiming the Interior Ministry of being complicit for not moving to stop them.