Egyptian Initiative expressed extreme irritation with the latest increase in sectarian violence in Minya governorate that 77 sectarian violence incident were recorded since the revolution of January 25, 2011, but not including the attacks after the dispersal of Rabaa Adawia and Nahda sit-ins.

It also denounced the customary reconciliation sessions, which contribute to reproduce the tension over and over and encourage collective punishment for the innocent people.
Isaac Abraham, a researcher at the Egyptian Initiative, said that the government couldn’t handle the relationship between Muslim and Christians and is not working to solve the problem.
The Egyptian initiative also called to enforce the law with regard to criminal offenses by arresting the perpetrators.
Tweet
Author 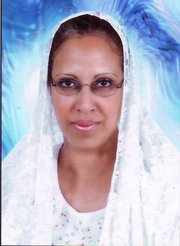 On June 29, 2015, the funeral of the martyr Attorney General Hisham Barakat was held in the presence of President Abdul Fattah al-Sisi and many judges. The martyr was assassinated by the Muslim Brotherhood by exploding his car. In the funeral, the president promised to hold speed trials in terrorist cases. Furthermore, the president promised to carry out rules of life imprisonment and death penalties. However, it