Ahmed Marwan: "My father was killed"

Ahmed Marwan, grandson of late Egyptian President Gamal Abdel Nasser, said he is "certain" that his father, famous political personality Ashraf Marwan, was killed two years ago in his London apartment. "But I have my reasons for not saying who killed him," he said Tuesday on local talk show "Life Today." 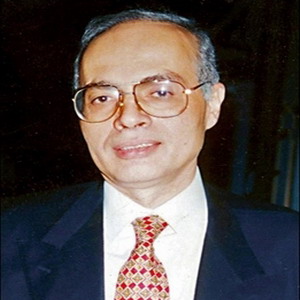 "I would be risking my life if I did," he added, claiming that local and foreign parties were privy to important information about the case. "The fact that investigations are still underway has frustrated and drained me, but I have confidence in our system."

"I don't want to cast any doubt on the case because this will only fuel media speculation," he continued. "So I've chosen not to speak about it with journalists."

Earlier this week, on the occasion of the 39th anniversary of Nasser's death, Marwan described Egypt's iconic former leader as "a president, a grandfather and a father."

"He was kind to the whole family despite the political and social stresses he faced," said Marwan. "He was also loved by the Arabs and respected by the West."

On reported friction between the Nasser and Sadat families, he said: "There are no such problems and we see each other on various occasions. Such talk is only found in the media."

On his personal plans, Marwan said: "I have no political aspirations. Politics must serve the community. But what we have now are businessmen-turned-politicians who only serve their own narrow personal interests."