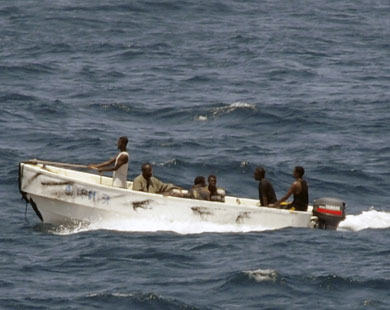 The memo, signed by the Egyptian Ambassador in Britain Hatem Seif el- Nassr, says it is necessary to prevent the spread of piracy to the Red Sea or the Gulf of Aden, or the Indian Ocean.Ambassador Seif el-Nassr said that the memo called for bolstering ways of cooperating with the flotilla from some 20 foreign countries now patrolling sea lanes in the Gulf of Aden and off the Horn of Africa to stop pirate attacks.