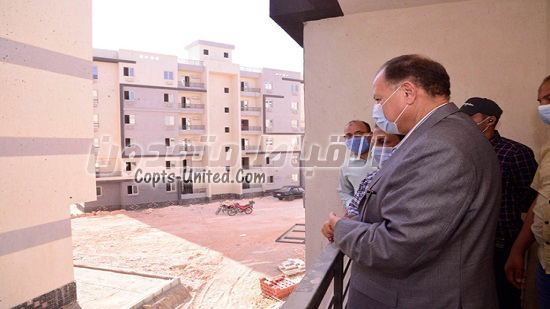 The New Assiut city witnessed yesterday the 34th enthronement anniversary for Anba Lucas, Bishop of Abnoub, Al-Fatah and New Assiut, and the head of St. Mina Monastery in Mount Abnoub at the Coptic Orthodox Archdiocese of New Assiut. The ceremony was attended by several officials of the governorate and clergy of the diocese. 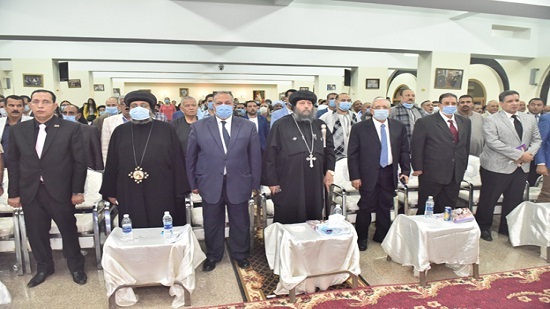 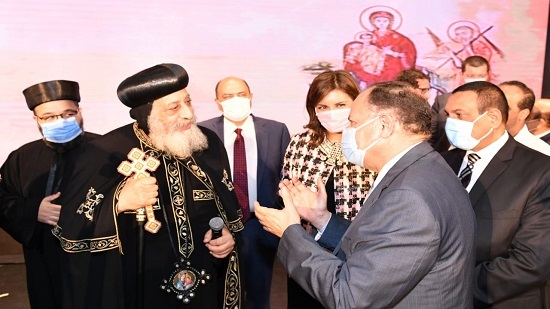 Governor of Assiut participates in the ceremony of the Holy Family

Major General Essam Saad, Governor of Assiut, participated in the ceremony commemorating the entry of the Holy Family to Egypt, which was held yesterday at St. Mark s Cathedral in Abbasia, in the presence of Pope Tawadros II and several Egyptian officials. During the ceremony, the documentary film "The Path of the Holy Family in Egypt" was screened, and a book was issued on the same topic. The governor of Assiut asserted that the governorate has two stations on the path of the Holy Family in Egypt at the Monastery of the Virgin in Doronka and the Muharraq Monastery in the Qusiya, as well as historical and archaeological sites from several eras that puts the governrate on the world tourism map.

The German ambassador visits the Monastery of the Virgin in Assiut

The German ambassador in Cairo Dr. Cyril Noon has visited the monastery of the Virign in Assiut during his visit to the governorate. During his visit, he visited several development projects before he visited one of the oldest monasteries in the world and part of the journey of the holy family in Egypt. 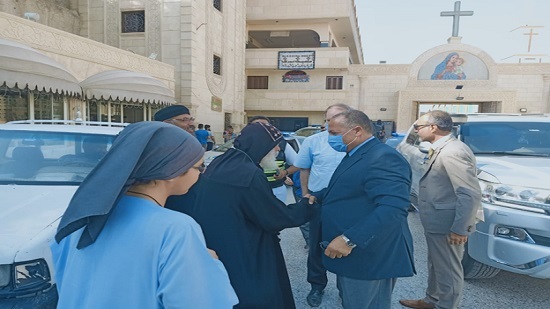 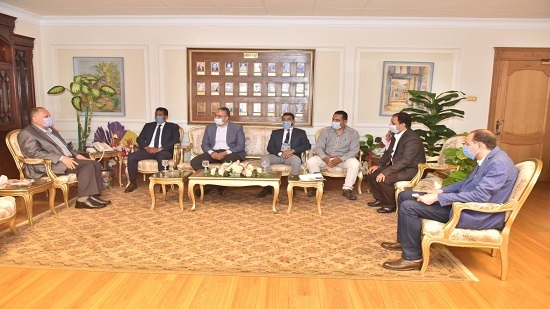 Major General Essam Saad, Governor of Assiut held a meeting with senior officials of the governorate and the construction companies that is working in New Assiut to discuss the projects. The largest cathedral in Upper Egypt will be built in the city on 2.5 acres, or nearly 10,000 square meters.

Governor of Assiut discusses completing path of the holy family

Major General Essam Saad, governor of Assiut, met today with Bishop Yoanis of Assiut to discuss ways of cooperation to complete the development of the path of the Holy Family in Assiut. This comes to implement the orders of President Abdel Fattah El-Sisi to complete the path and develop the tourism sector. The Governor of Assiut stressed the importance of cooperating between all governmental and non-governmental institutions and bodies and civil society to complete the sustainable development process initiated by the state following Egypt s 2030 strategy. 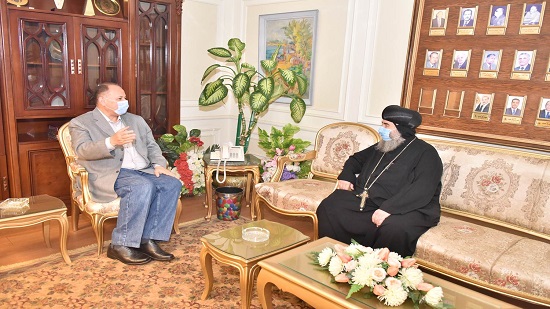 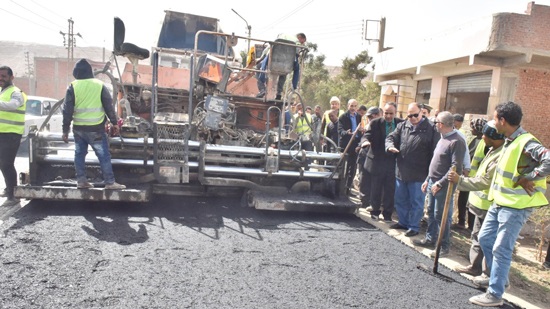 Governemtn start paving the way of the Holy Family in Assiut

Major General Essam Saad, Governor of Assiut, inspected the process of paving the road between Assiut and Drunka monastery with a length of 17 km at a cost of 20 million pounds. This comes to encourage the visitors from Egypt and abroad to visit the places visited by the Holy Family in the governroate and to prevent accidents caused by the lack of services on the old road. 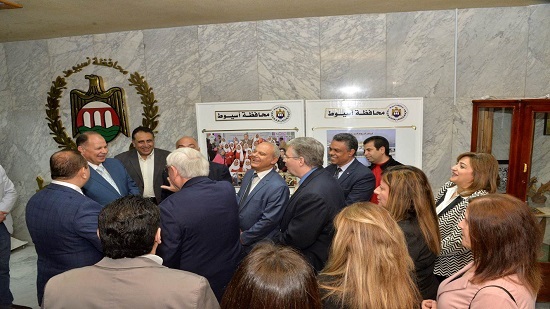 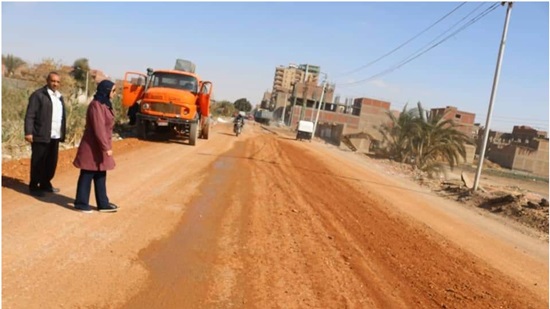 Governor of Assiut, Major General Essam Saad, announced the start of the works of paving the way to the monastery of the Virgin Mary known as Muharraq. The governor added that the 5 kilometers way will be developed by 55 million pounds dedicated to the project. This comes as part of a bigger plan to develop areas visited by the Holy Family in Egypt after the Vatican named the places as religious pilgrimage destinations.

Major General Essam Saad, Governor of Assiut, visited the monastery of the Virgin Mary in Jabal al-tir on the occasion of the glorious feast of Epiphany. The governor was received by Bishop Youanis of Assiut, and was accompanied by a number of senior officials in the governorate. The attendees wished Egypt unity, stability and peace. 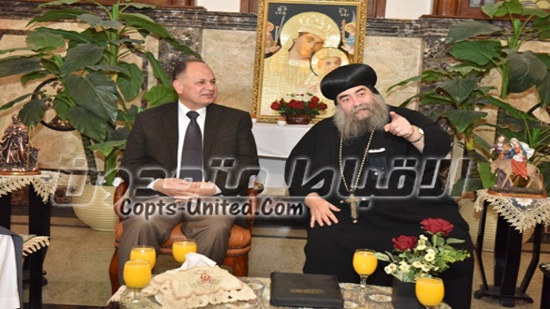 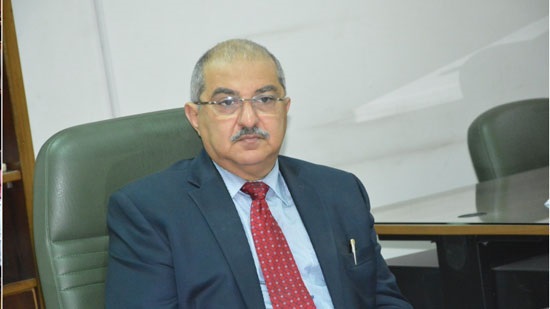 Assiut University is prepared to receive students with disabilities

Dr. Tarek El Gammal, President of Assiut University, stressed the University s keenness to take all necessary measures to prepare the university campus for the reception of students with disabilities during the next academic year 2019 - 2020, in the framework of the initiative launched last year to announce the University friendly to people with disabilities. The University witnessed a training course on Disability Equality organized by the Center for Disabled People s Services in cooperation with Helm Foundation and AMIDEAST. He explained that the university administration has developed a plan of action which targeted a number of procedures that included the preparation of the campus in this appropriate manner, in addition to holding a number of training courses and workshops to train the members of the administration and faculty members to deal with students of disabilities and integrate them in different activities.

Prosecutors are investigating the death of a monk who had until recently served in a monastery northwest of Cairo where the abbot was killed in July. Yet, primary report of forensic medicine of monk Zinon al-Maqari suggested poisoning as cause of death. Two monks — one of whom has been defrocked — are on trial for the death of Bishop Epiphanius, head of the monastery. 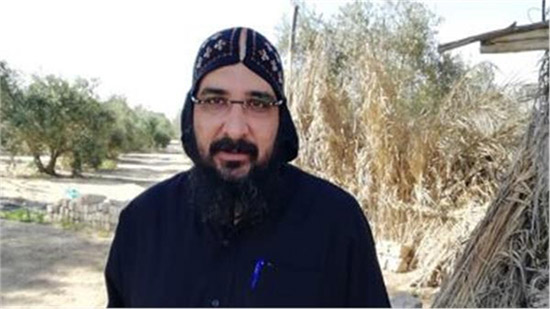 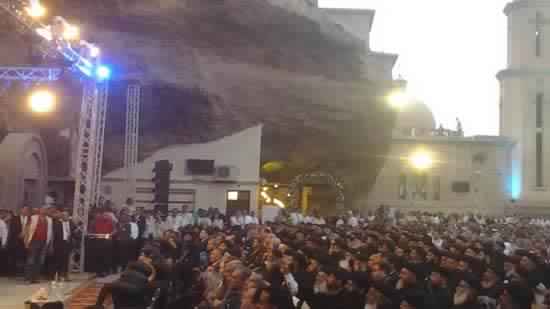 Thousands of Copts celebrated 100 years of Sunday schools in Assiut. The celebration was headed by Pope Tawadros II and 150 bishops and priests in addition to senior officials of Assiut. Pope Tawadros said in his speech that the curricula of Sunday school include faith, ethics and national values and patriotism.

Officials at the governorate of Assist visited the path of the Holy Family at the monastery of St. Mary in Doronka village to raise its efficiency after it was considered an international sacred place. The Assistant Secretary of Assiut Governorate, Dr. Awad Ahmed, said that all the obstacles that may face the project will be overcome by all means. 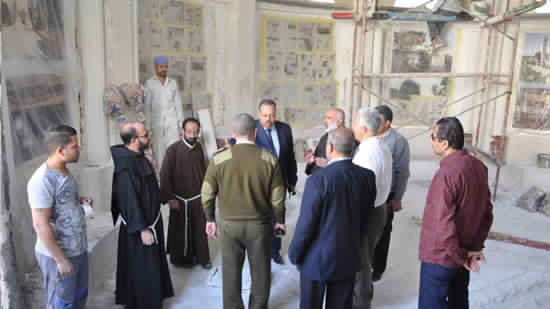 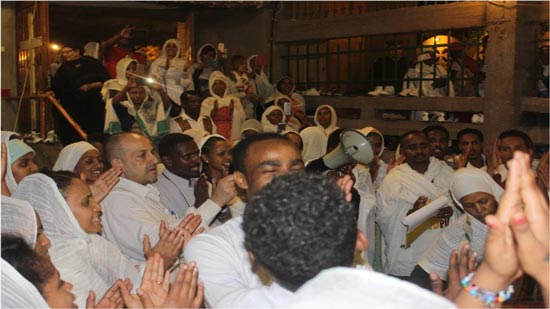 650 Ethiopian tourists visited the monastery of St. Mary in Assiut where the holy family had stayed for a while. The delegation took 13 buses accompanied by tourist guides who told them about the historical city.

People in Assist managed to arrest two young men who kidnapped two girls in the street. Police were reported and the two young men were handed to the police as well. 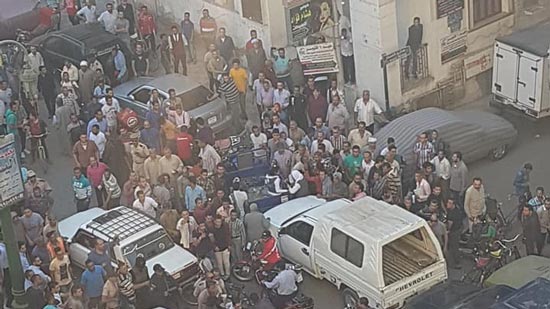 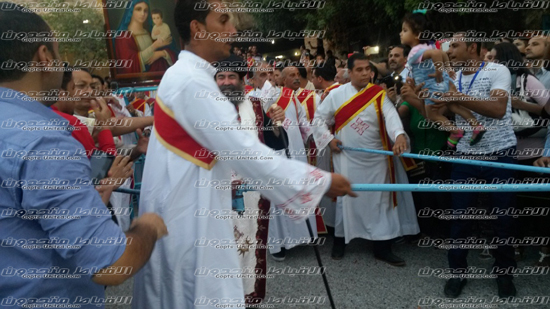 Governor of Assiut visits the Hanging Monastery in Abnoub Mount

Yassir Dosouky, Governor of Assiut, visited the monastery of St. Mina in Abnoub known as the Hanging Monastery at the feast of establishing the first church on his name. The monastery has been celebrating this occasion for years by celebrating the holy masses and receiving many visitors. 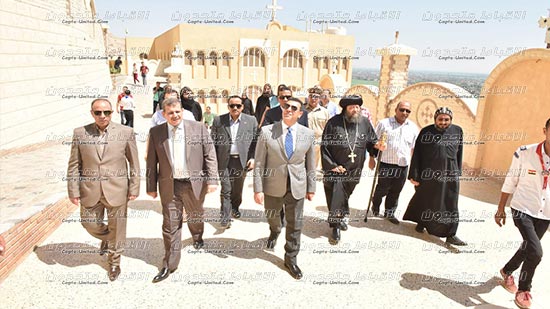 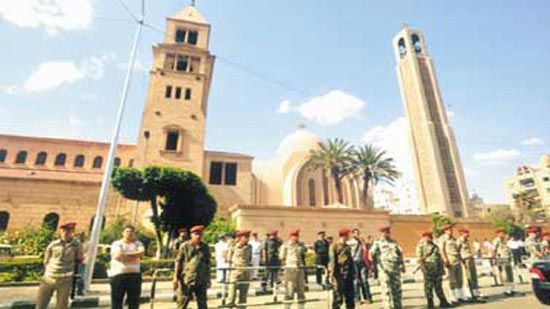 Churches in Egypt cancel celebrations and receive condolences on Easter

Coptic Orthodox, Catholic and Evangelical Churches in Assiut announced they will not hold celebrations on Easter and will only hold the ritual prayers and receive condolences on Easter.

7 terrorists killed in fire exchange with police in Assiut

7 terrorists were killed while exchanging fire with security forces in the Eastern mountain in Assiut. Police announced that the terrorist started shooting at the forces when the forces were trying to arrest them. Several weapons were found in their possession. 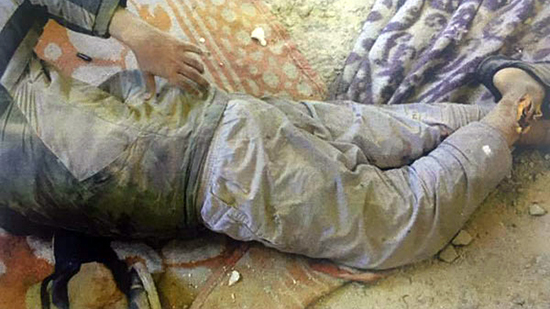 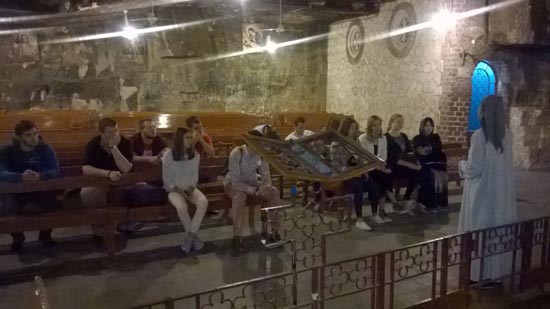 A group of Russian students have paid a visit to the Monastery of Our Lady in Assiut. They are learning Arabic and Islamic civilization in Egypt.

Trump is the President

Everyone was led by the American Masonic media that announced Biden s success in the presidential elections. This fatal mistake is not a protocol, as some have portrayed, since the results were not yet announced and has not been recognized by the losing party. Trump is not alone in that fight, but has many honest people within the American institutions supporting him. During the four years of his rule, he was able