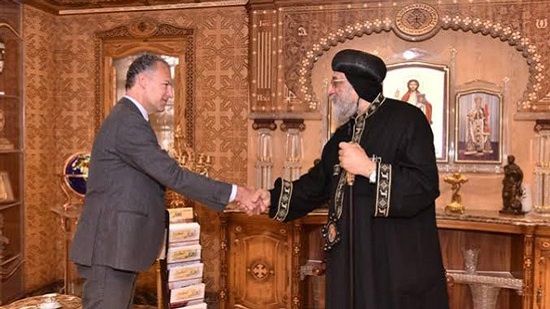 Pope Tawadros II, Pope of Alexandria and Patriarch of St. Mark See, received the new American ambassador Jonathan Cohen at the Papal headquarters of the Cathedral of St. Mark in Abbasia. Cohen s visit to the cathedral came with the intention of getting acquainted with the Pope of the Orthodox Church. For his part, Pope welcomed the new ambassador and wished him wisdom and success.

Jesus Light of the World Episcopal Church announced it will host the week of prayer for unity on next Friday. Various Christian communities and representatives of the three major Christian churches will participate in the prayers, in addition to the participation of the Council of Churches of Egypt. 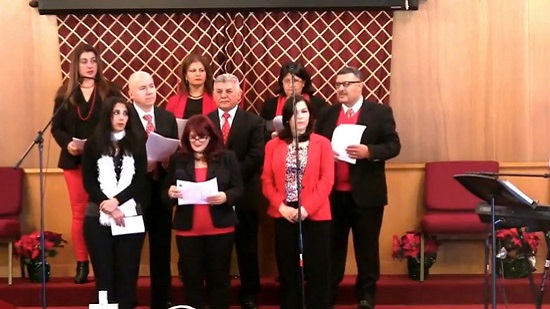 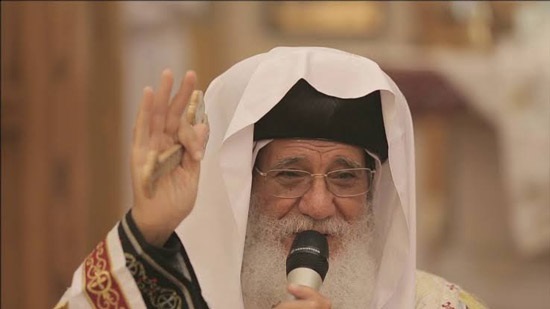 The Egyptian Orthodox Church announced that the Bishop Isaiah of Tahta has arrived in Australia to start a pastoral visit to the Parish of Melbourne from January 29 to February 17. He will start his visit by celebrating the holy mass at the church of Archangel Michael in Melbourne.

Prince Tadros Coptic Monastery in the Netherlands hosted a meeting of Orthodox and Russian priests as part of the theological consultations. The delegation of the Orthodox Church was headed by Bishops Serapion of Los Angeles and Chairman of the Committee for Relations between the Coptic and Russian Churches, and Bishop Arsani of the Netherlands, and Bihsop Kyrillos of Los Angeles. 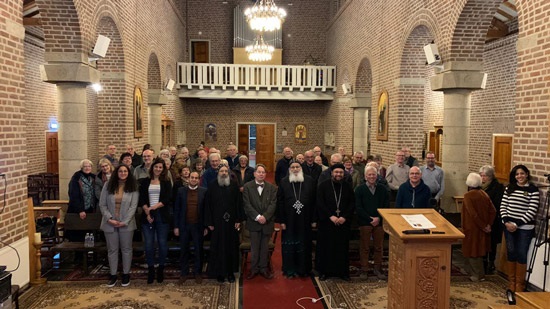 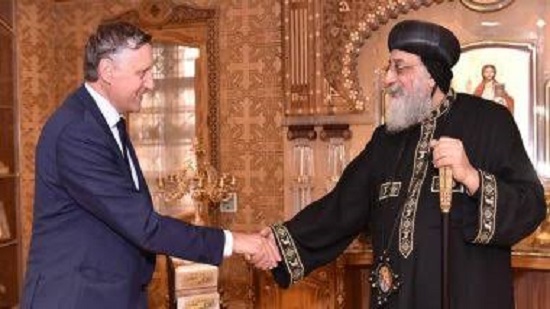 Pope Tawadros II, Pope of Alexandria and Patriarch of St. Mark See, receives the new German ambassador in Egypt Dr. Cyril Jan Nunn at the papal headquarters in Cairo. The visit came on the occasion of the ambassador taking his new position as German ambassador to Egypt, and expressed his great joy to work in Egypt and meet with the Coptic Pope.

Coptic Orthodox Church announced it is preparing to host the second Coptic World Youth Forum next August at the Logos Center of the Papal headquarters in St. Bishoy Monastery in Wadil Natrioun. Father Poulos Halim, spokesman for the Coptic church, said that all dioceses started submitting the youth nominations from five contents. It is worth noting that His Holiness Pope Tawadros II opened in August 2018 the first global meeting of the Coptic Orthodox Church youth for one week. 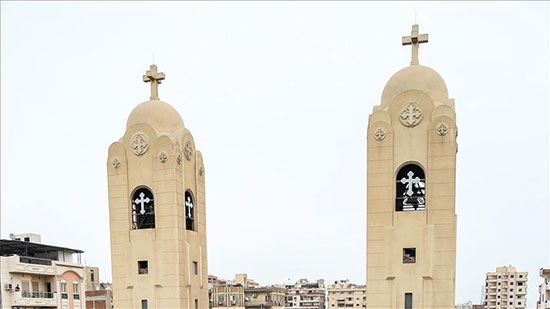 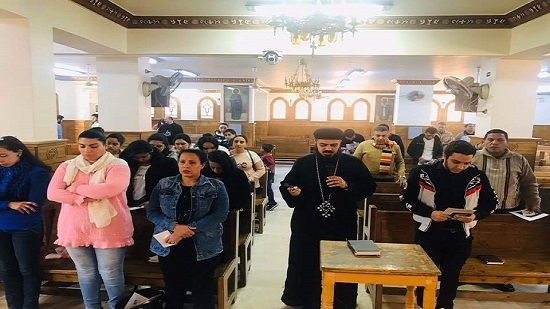 The Coptic Center for Youth Service in Abu Qurqas organized last Saturday a meeting for female servants at the Abu Qurqas Center in the Church of Our Lady in Fekria, entitled He sent them to Evangelize . The meeting started with the Divine Liturgy after which the attendees received two lectures on servant and belief , and how do we serve the youth of this generation?

The media center of the Coptic Orthodoxy Church announced that His Holiness Pope Tawadros II, Pope of Alexandria and Patriarch of St. Mark See, has received the delegation of St. Ignatius Theological Academy and Stockholm College of Theology at the papal headquarters of the St. Mark s Cathedral in Cairo. They discussed aspects of cooperation between the Academy and the Coptic Church. 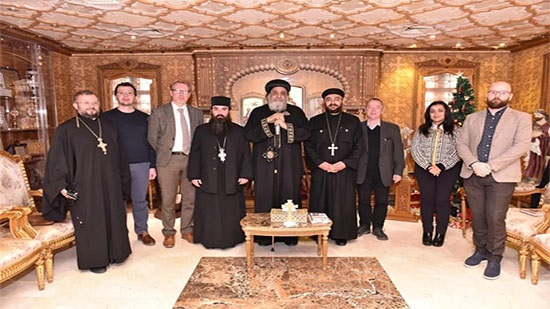 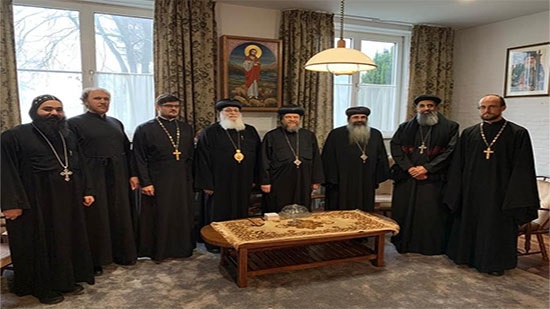 The media spokesman for the Egyptian Orthodox Church announced that the Monastery of St. Tadros Al-Mashriqi in the Diocese of the Netherlands hosted over the course of three days the activities of theological consultations emanating from the Committee on Relations between the Coptic Orthodox Church and the Russian Orthodox Church. Coptic church’s delegation was led by His Eminence Anba Serapion, Bishop of Los Angeles, and Chairman of the Committee for Relations between the Coptic and Russian Churches. The delegation also included Bishop Arsany of the Netherlands, Bishop Cyril of Los Angeles, Father Kyrillos Ibrahim from Los Angeles, and Father David Antony, priest of the Coptic Church in Moscow. 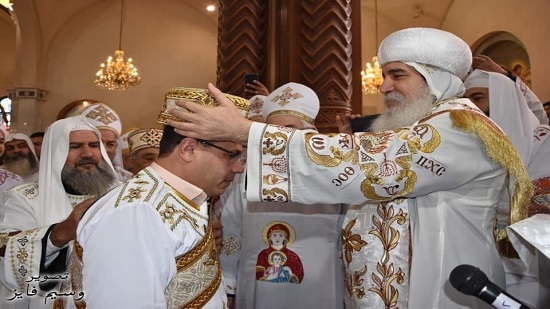 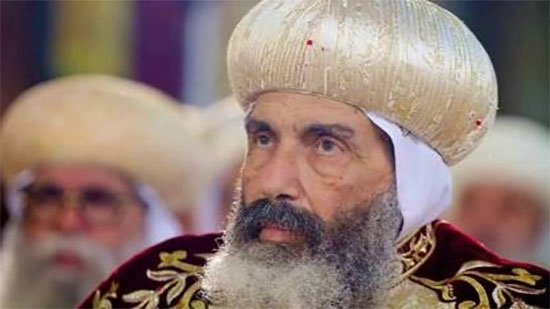 Bishop Tadros of Port Said chaired the meeting of Coptic priests in Sydney and discussed with them a number of pastoral and organizational matters related to service. This came during his pastoral care visit to the diocese delegated by Pope Tawadros II. Bishop Tadros will also ordain a new priest for the Virgin Saint Church and the Apostle Marlouka in Gosford. It is worth mentioning that Father Matthew Atia Kokia was appointed as deputy, and Father Hanna Gad as general secretary of the diocese.

Bishop Paula heads to Australia in a pastoral care visit

The Egyptian Orthodox Church announced that Bishop Paula of Tanta traveled to Australia in a pastoral care visit there for three weeks. It is expected that His eminence will lead the annual conference of families scheduled to be held in the coastal city of Wollongong, south of Sydney, from January 24 to January 27. 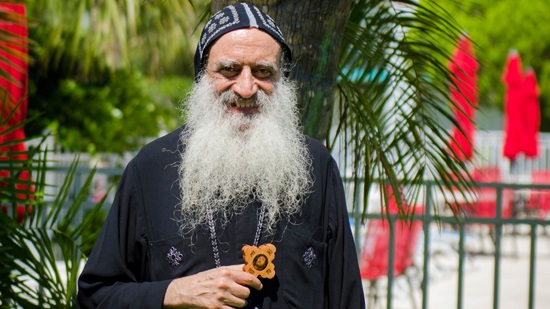 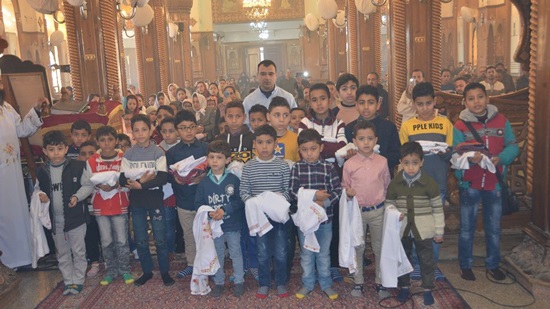 Bishop Abraam of Fayoum ordained 44 new deacons, including 27 in the ranks of Ebsaltus (chanter), and 14 in the rank of Ognostos (reader) and 3 in the rank of Ebideacon (deacon assistant). The ordination was held at the Monastery of St. Abraam in Azab during the regular meeting of the priests of the diocese.

Bloomberg: Egypt is among the innovative countries for the first time

The Information Center of the Egyptian Cabinet announced that Egypt was listed in the Bloomberg list of innovative countries 2020. It is worth mentioning that the index is based on seven criteria for measurement, including individual research, higher education, the technological level of government companies, the level of productivity, rates of research and development spending, and manufacturing capacity. 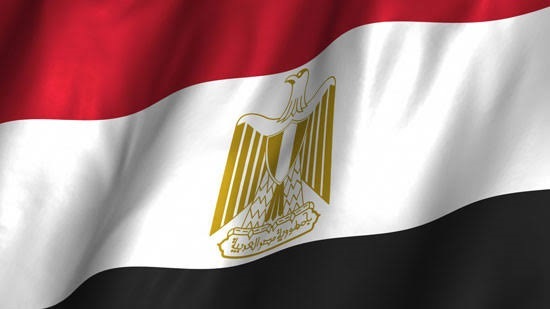 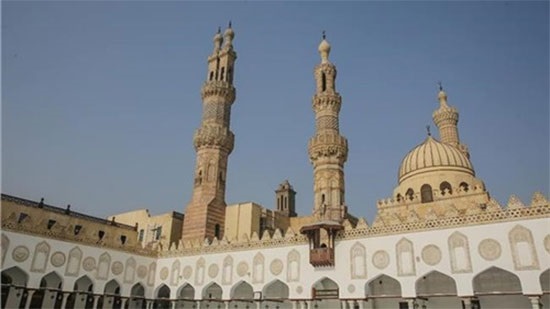 Al-Azhar Observatory: We Face thousands of extremist ideas each year

The Al-Azhar Observatory to Combat Extremism issued a report on the most important publications, reports and posts, and the most prominent issues that the Observatory discussed and analyzed during the year 2019. The report stated that more than 15 books and studies and recorded more than 5388 follow-ups, news, and reports in the year 2019.

The oldest football player plays for an Egyptian club

The Egyptian Football Association (EFA) announced, on Tuesday, the registration of the oldest professional player in the world during the current season. A statement of the EFA said that the 75 years old player Ezz Al-Din Bahader, is the oldest in the world and he plays for October 6th club. It is worth mentioning that the EFA is seeking to register the payer as Guinness World Record. 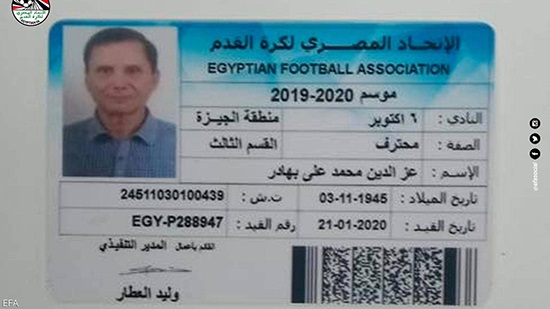 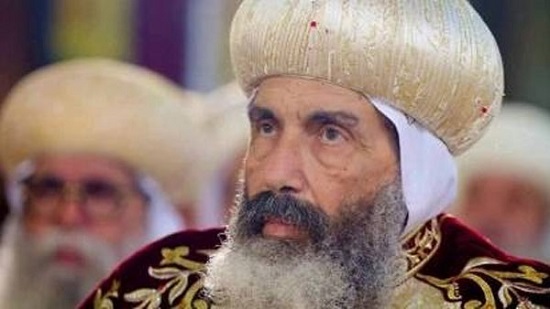 Bishop Tadros of Port Said celebrated Epiphany in the church of St. Abraam and Michal Behiri in Sydney. The Bishop congratulated the congregation on the glorious feast of Epiphany and delivered the greetings of Pope Tawadros to the people of Sydney.

His Holiness Pope Tawadros II, Pope of Alexandria and Patriarch of St. Mark See, celebrated the Epiphany feast at the Cathedral of St. Mark in Alexandria. Epiphany is a Christian feast day that celebrates the revelation of God incarnate as Jesus Christ. 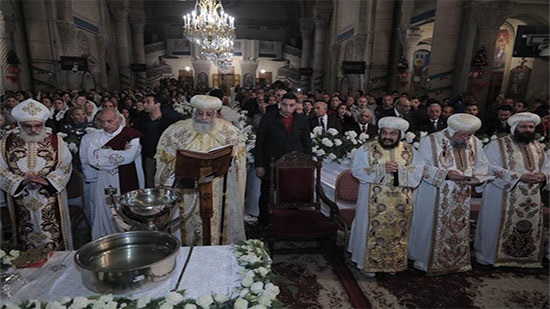 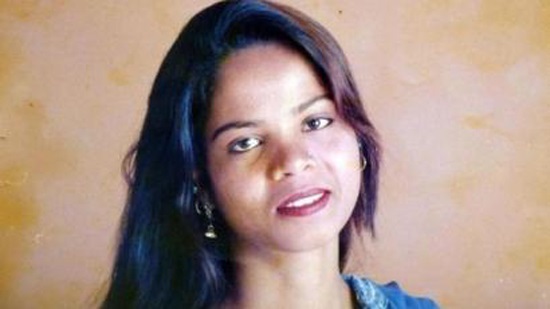 A Pakistani court in Rawalpindi sentenced 80 Islamist militants to prison terms of up to 55 years for their participation in sectarian violence attacks Thousands of demonstrators closed the high way and participated in violent attacks after the acquittal of the Christian citizen Asia Bibi, who was accused of contempt for the Islamic religion and was previously sentenced to death before she was acquitted.

The Coptic young man Abanoub Nasr of Dir Barsha village in Minya is drawing Pharaonic drawings in the streets of his village. His drawings has spread in many places and many people expressed their admiration to them. 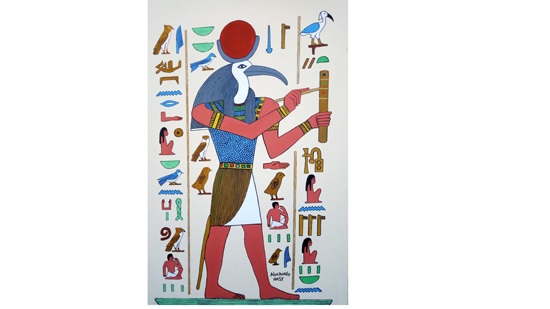 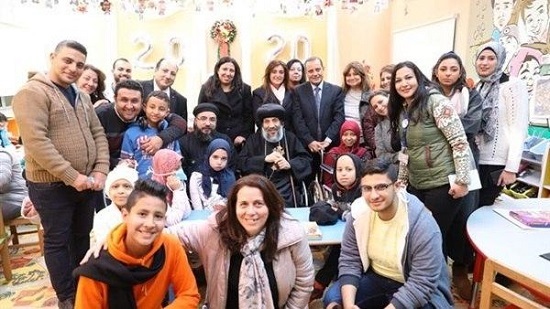 The media center of the Egyptian Orthodox Church revealed that Anba Anthony, Bishop of the Churches of Ireland, Scotland and North East England visited the Children s Cancer Hospital 57357. He visited the children in their rooms and distributed gifts to them hoping to put a smile on their faces. At the end of the visit, a joint cooperation agreement was discussed between the hospital and the diocese that made a donation for new constructions and treatment of sick children.

After everyone thought it came to an end, Trump decided to declare his peace plan causing great controversy among supporters and denouncers. Yet, nobody tried to read the situation through its two parties, one of them is approaching elections at the end of the year to be re-elected President of America, and is in bad need to get the support of the Jewish lobby in America. The second party is the Israeli Prime Minis