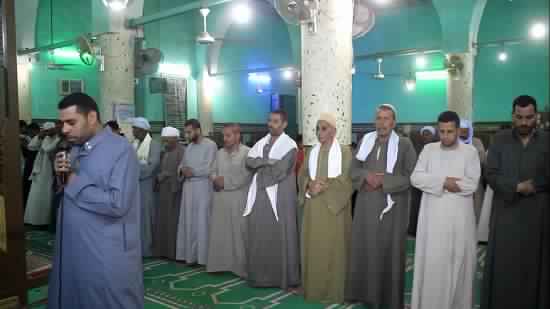 Coptic calligrapher decorates a mosque in Abu Qurqas for free

In a gesture of love, a young Christian calligrapher named Wassfi Tawadros decorated a mosque in his village in Abu Qurqas, Minya. He added that he was offered the job by a friend and he welcomed it and refused to receive money for it as a gesture of love to his friends and neighbors.

Abba Pfnotius, Bishop of Samalout, ordained 30 young deacons for Coptic martyrs in Libya church at the Cathedral of Savior of the World. 20 Coptic men were slain by ISIS in Libya; most of them are from Samalout where a Cathedral carrying their name was built in their village. 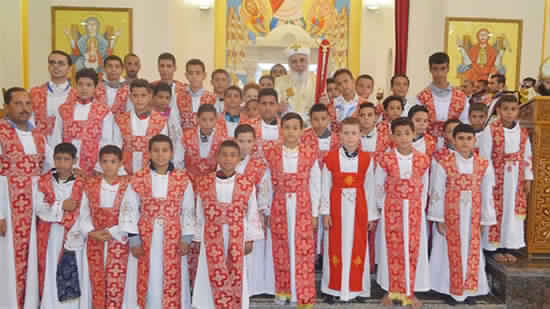 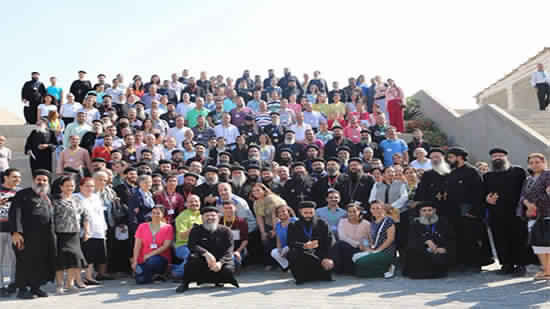 The third level of the Development of Ecclesiastical Education project has started by training 234 priests and ministers from 13 dioceses. The delegations arrived from Abu Tij, Sadafa, Ghanayem, Dir Mawas, Samalut, Monofiya, Tanta, Al-Mahalla Al-Kubra, Al-Beheira and Matrouh. Ain Shams and Mataria. The training program is scheduled to take place on 5 training sessions from October 1 to November 1, 2018. The project aims to train 1000 priests, ministers and servants from all the dioceses and pastoral areas.

A Christian woman sentenced to death in Pakistan for blasphemy 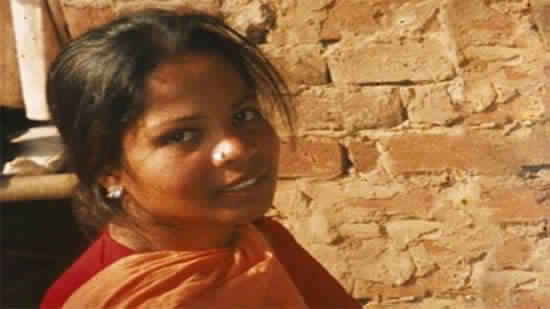 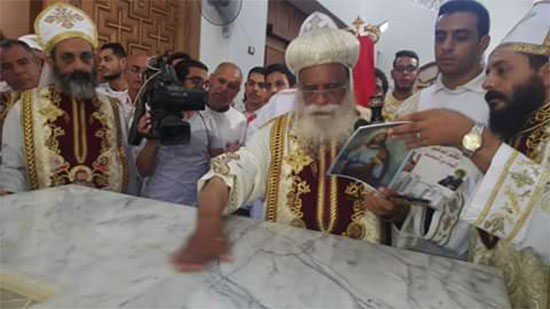 Bishop of Matay inaugurates the Church of St. Mark in koum Matay, Minya

His Grace Bishop Guargius, Bishop of Matay, inaugurated today the church of St. Mark the Apostle in Koum Matai where 6 alters were inaugurated at the church. The Church was built according to a royal decree in 1942, and was rebuilt recently by a presidential decision issued in 2011. The prayers were attended by Abba Markos, Bishop of Shobra al-Khaima who also participated in the promotion of three priests to the rank of Hegumin.

The death of a Christian doctor in mysterious circumstances in Assiut

Police in Assuit are investigating the mysterious murder of a Coptic Christian doctor who was killed in his clinic in the center of Dairout, Assuit. The murderer was wearing a shawl that hide his face and used white weapons to commit his crime. 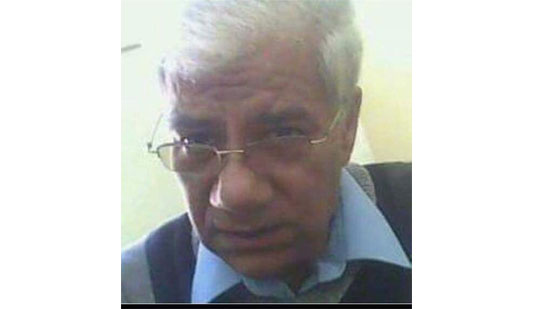 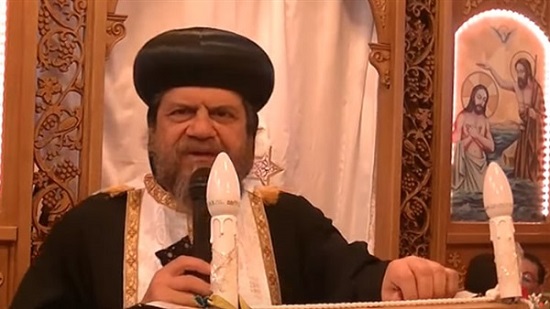 Bishop of Los Angeles: The Egyptian Church was invited at the Conference of World Leaders and Traditional Religions

His Grace Abba Serapion, Bishop of Los Angeles, said that the Egyptian Church was officially invited to the Conference of World Leaders and Traditional Religions. He added that Coptic church always talk about its good relations with Al-Azhar and gives an example of tolerance existed in Egypt. 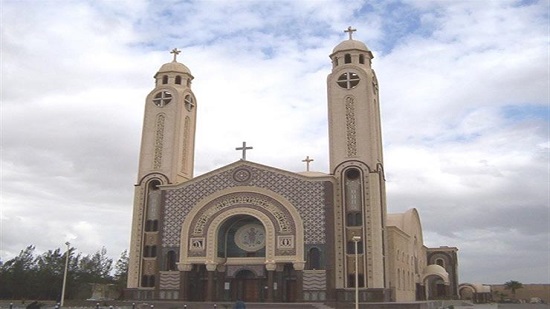 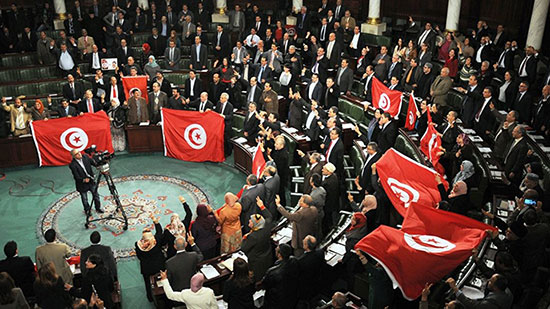 For the first time in the Arab world: Tunisia approves law criminalizing racism

For the first time in the Arab world, parliament of Tunisia has adopted a law criminalizing racist speech, incitement to hatred and discrimination. The legislation was approved after a lengthy debate with 125 members of parliament voting for it, one against and five abstaining.

Professor Abdul Wahhab Ezzat, President of the University of Ain Shams, received Bishop Armia, President of the Coptic Orthodox Cultural Center, and Dr. Paolo Sabatini, Director of the Italian Cultural Center in Cairo. The meeting was attended by senior officials of the university and aimed to discuss means of cooperation between Ain Shams University and Italian universities in the field of education, cultural relations and restoration of antiquities. 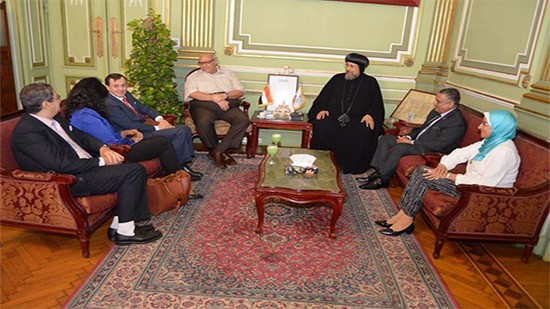 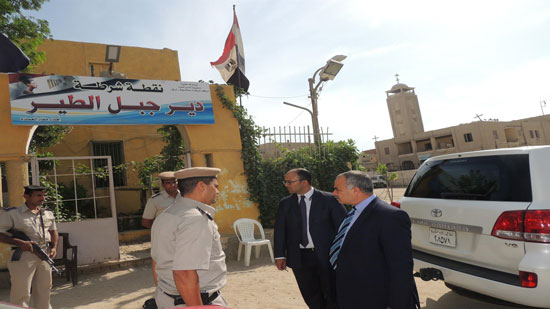 In a surprise tour, Major General Magdy Amer, Minya security director, visited the monastery of St. Mary in Jabal al-Tir to inspect its security measure. After visiting the monastery he headed to other security establishments in the area.

Pope Tawadros reaches his last stop in the United States

Pope Tawadros II, Pope of Alexandria and Patriarch of St. Mark See, headed to Florida, his last stop in the current pastoral care visit to the United States of America. Spokesman of the Coptic Orthodox Church Father Abraham Azmy, said that Pope opened a new building at the church and inaugurated the church. It is worth mentioning that this is the second visit of Pope Tawadros II to America since his enthronement as Pope of the Coptic Orthodox Church. 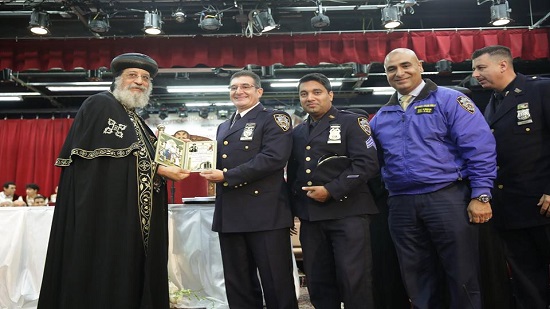 During his visit to New York, Pope Tawadros II opened a service center of the Coptic Orthodox Church in Brooklyn. Pope also honored police officers who were among the first Egyptian immigrants to America. Among the honored members was the investigator Mohammed Amin, an Egyptian American who is responsible for places of worship in New York City.

New archaeological well discovered in the monastery of St. Makkar in Wadil Natroun 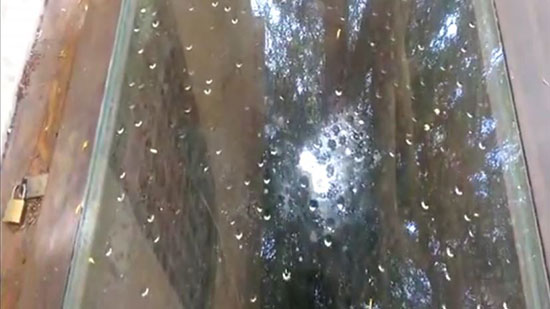 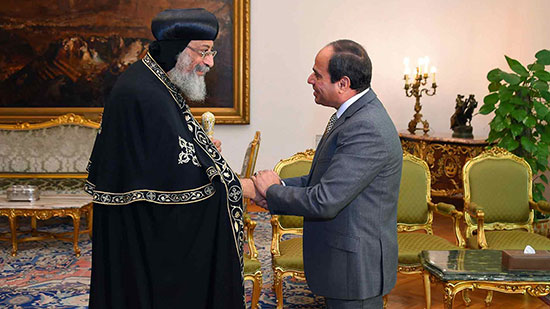 Pope Tawadros II, Pope of Alexandria and Patriarch of St. Mark See, sent a congratulatory message to the Egyptian president Abdul Fattah al-Sisi to congratulate him on the victory of October 45th anniversary. Pope wished the best for Egypt and its army against all dangers and foreign threats.

Thousands of Copts and Muslims bid farewell to Metropolitan Bishoy

Thousands of Copts and Muslims attended today the funeral of the late Metropolitan Bishoy of Kafr El-Shiekh, Damietta, and head of St. Demiana monastery in Belqas. Governors of Dakahlia, Damietta and Kafr El-Sheikh were among the attendees of the funeral that witnessed extra security measures. 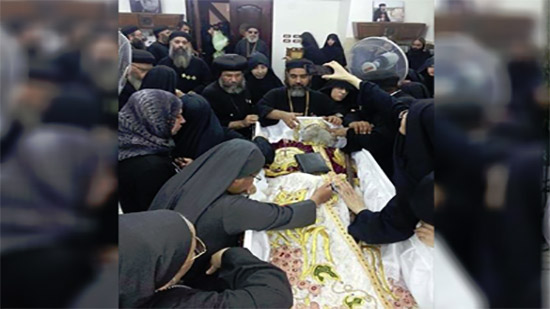 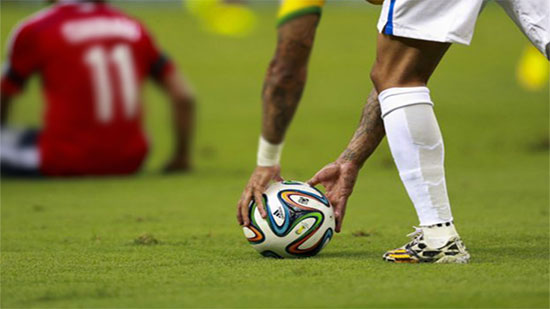 The monastery of St. Mary in Jabal al-Tir, Samalout, Minya, received a delegation from the Ethiopian church. The huge delegation celebrated the holy Mass at the church of St. Makar and visited the holy places. 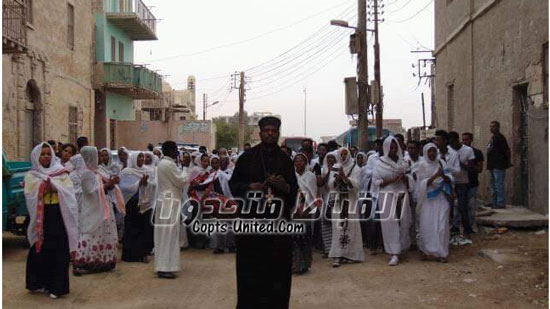 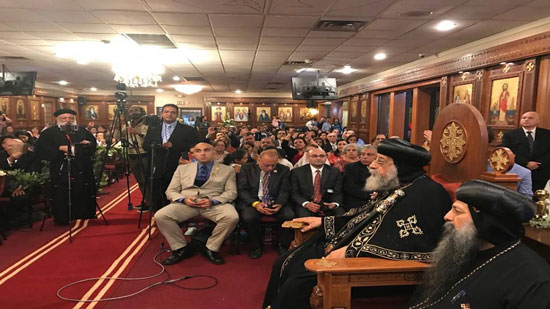 Pope Tawadros: my job is to visit my sons and I don t understand politics

During his meeting with the congregation at St. Mary and St. Bachomious church in Stony Bait, Pope Tawadros II answered a question about the relationship between his visit and the visit of the Egyptian president to America. Pope said that his job is to visit his children everywhere and this visit was scheduled last year, but was postponed due to health issues.

Egyptian man sells half of his inheritance to his Christian mother after the law refused to grant her any inheritance!

After the Egyptian law refused to give a Christian woman any share of her deceased husband inheritance, her son decided to sell her half of his inheritance. The German woman left her country and moved to Egypt with her Egyptian husband and raised their son, but the father died and his inheritance went to his son according to the law. 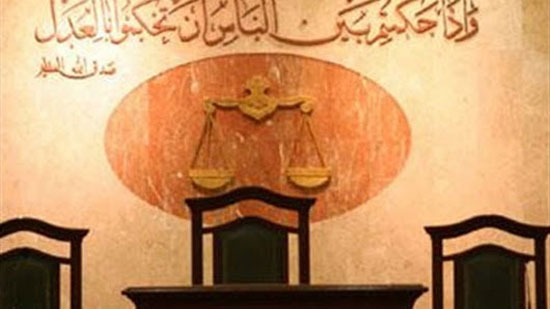 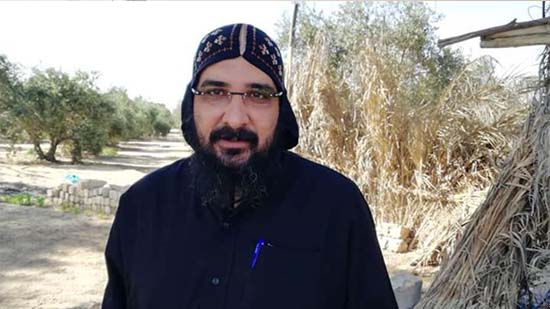 Forensic medicine: cause of death of Monk Zenon al-Maqari is poisoning

Sources in the forensic medicine administration said that poisoning remains the closest cause of death of the deceased monk. Sources said that the final report will be issued in couple of days and police will have to investigate whether monk Zenon al-Maqari was killed by poison or he had taken it to commit suicide.

Demanding the execution of the murderer

The murder of Nahaat Rizk Abshkiroun, 65 years old Urologist, in his clinic in Assiut was revealed by police who named the murderer and said he suffers from a psychological condition and that the motivation for the crime it to take revenge from the doctor for what the murderer saw as medical error. The crime is premeditated murder and should be punished according to the law. However, it is regrettable that police